An interesting mix of hardcore and practical…..

Microsoft has been incredibly open about the Xbox Series X , announcing the console earlier than usual last year and keeping a steady stream of information about it ever since. However yesterday, the company completely flipped the script again and just allowed certain tech publications and Youtubers to spend 24 hours with developer prototypes of the system, essentially allowing people to use the system almost a whole year before its release while also giving people the deep dive on the system’s internals, from the processor, to the TWO motherboards and 16GB of RAM. The Hardware Alone isn’t the main seller here however. Instead it’s how it will all be used to make this presumably the most powerful and capable games console on the planet. We’ll let the Austin Evans video give you a little more detail on that before we continue.

Now if the video alone didn’t give you enough context (or you just didn’t play it to begin with) the Series X is definitely the closest the Xbox or any game console has ever gotten to just being a full-blown PC. The first sign of this is definitely the specs, with a custom AMD RYZEN CPU and NAVI 2 GPU , specs which aren’t even on most gaming PCs today and yet to be released, along with the 16GB RAM, 1TB SSD and you know what, we’ll just let you see the other specs below:

Geeked out yet? Good. Because there’s a really interesting tidbit on that spec list, the expandable SSD Storage port. It’s essentially a port to put a specialized, small Seagate 1TB SSD that of course expands the Series X’s storage and memory options. It makes sense, after all with modern games going even above 150 GB even a terabyte of memory doesn’t seem impressive anymore and having a special expansion option that’s just as fast as the internal SSD (because it essentially slots itself directly into the motherboard) is better than connecting a conventional external SSD. However, since these are specialized proprietary SSDs that currently are made only by Seagate, there’s likely going to be grievances when it comes to price. In fact, this brings back memories of the proprietary USB drives you had to use on an Xbox 360 or the proprietary hard drives for the PS3. Neither of those were cheap, and most people might divert to their usual external SSDs anyway, if the option is available that is. In the end these things just remind me of memory cards from the PS2 era, which maxed out at 64 MB (and those where the super expensive ones). Having a similar functionality except now for a 1TB SSD is the kind of retro-future tech move that makes people like me smile. But enough about the hardware, because it’s how it’s used that’s really making me excited for this thing. The Xbox Series X will be able to multitask up to 5 games at once. I repeat, 5 full blown 4K 60 FPS games. You can literally pause a game, switch to another one , play that for a while then switch back to the previous game and it’s essentially like switching apps on a phone. This might not seem like the biggest life changer for some, but look at it this way, you can just never turn off a game and resume it whenever you want alongside for other games. Impressed yet? No? Look at the video below for a demo.

As for games , well, unfortunately there isn’t any footage of any Xbox Series X games yet, (which technically might never be a thing as there isn’t such a thing as Series X only games) but that might not matter too much as the Series X will run not only new games made for it and the Xbox One X , but also the Xbox 360, and original Xbox. Microsoft calls it four generations of playing Xbox , and for lack of anything else, it’s easily the most convenient feature this box brings. Again, this console is the closest the Xbox has gotten to being a PC, and when was the last time you had to worry about your PC running an older game? Microsoft has been pushing this backwards compatibility feature since the Xbox One, and it’s continuing to be an advantage against Sony’s PlayStation offerings as backward compatibility has always been an issue in that camp. 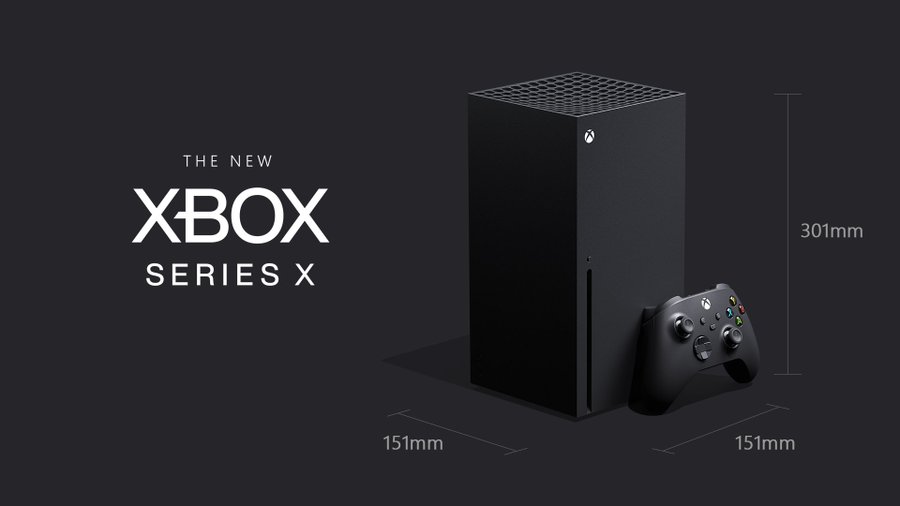 And finally there’s that transparency we mentioned in the title. As we’ve already said Microsoft is being surprisingly transparent about the Xbox Series X . Traditionally, consoles aren’t something companies rush to talk about before their launch ,or even give clues about outside of the slightest teases, yet the Series X has essentially been progressively out in the open for almost four months now, with more info on it coming out each month. This influencer event the company held was likely a substitute for a likely bigger presentation planned for Game Developers Conference, which was cancelled due to COVID-19, but you can imagine more people might have gone hands-on with the series X if that hadn’t happened. All of this is actually giving them an edge in marketing against Sony and the upcoming PS5, but considering Sony’s track record with the PS4 they have to. The PS4 has sold twice as many units as the Xbox One and is one of the best selling consoles of all time, Microsoft needs  to literally do everything they can to win the next generation of the console wars (which might be the last generation considering the upheaval gaming is going through right now), and this should be another addition to their climb to get back on top.

So that’s the Xbox Series X. Impressed yet? Hopefully you are. But regardless of whether you want to buy this or not (expect these to be popular in Zim maybe only 2 years from now ) , this console should at least get you excited for the next generation of gaming, Especially as we start to move into all it encompasses, be it 4K or supposedly 8K gaming, game streaming , more VR and AR options, and so on.

And even think of getting a Surface Duo 2….

Just the right kind of fun we need as the...

2019:The year in tech for Zimbabwe

Sony Reveals the PS5 New Dualsense controller. And for some reason we can’t stop looking at it.

Assassin’s Creed Valhalla is a clear sign that Ubisoft has likely outgrown its own series.

Samsung’s new Galaxy devices are the company’s attempt to penetrate the luxury market.